With her new album “Rising Tide,” singer-songwriter Taivi is breaking fresh ground for herself, exploring a bluegrass sound with the help of her mentor Claire Lynch.  Indeed, not only did Lynch advise on the project, but she connected Taivi with members of her own band as support on the album.

The result is a gorgeous collection of songs reflecting on (says Taivi) “life and connections.”  Songs such as “I’m Here,” which is a lovely declaration of fidelity and loyalty, and “Parry Sound,” a lilting tribute to one of Taivi’s favorite places (and ours too, here at Team GDW!), make this album a delightful listening experience.

If you’re a bluegrass fan, you should really enjoy this album, with its terrific songwriting and superb playing (I’m a sucker for mandolin and upright bass in particular, and this project delivers on both counts).  Think you’re not a bluegrass fan?  Give this album a listen anyway – these catchy songs just might change your mind on that score.

We’re thrilled that Taivi took some time to answer some questions about the album.

You recorded this album with Claire Lynch’s band and with her as a mentor… how did that relationship and guidance shape how this project turned out?

I’ve been immersed in music for the sheer love of the writing and the playing.  But creating a recording – a cohesive project for others to hear – and conveying a song in a way that projects its spirit – is a whole other dimension. Claire’s deeply honed experience and musicianship helped bring forth the essential nature of each piece I brought to her, in a really good way.

Her willingness to serve as a mentor was key to the development of the album. The project began, not as an album but as a consult over a song – a consult that grew. She has spent a lifetime as a musician and performer and is astutely aware of the fragility of artistic nuance, and how personal it can be. She would listen for the heart of each piece that I brought to her, and helped to discern the way forward. It was an exciting process.

She could sense where a song wanted to go – even if I was unaware of it at the time.  As one example, Claire had seen the lyrics to my song, “I’m Here,” but when I sent her the music that went with it, she paused and said, ever-so-gently, “I hear the lyrics, but I’m not so sure that’s the melody.” I didn’t quite get what she meant, as the music had come in, somewhat unconsciously, with the lyrics when I wrote the song. Nonetheless I tried some variations and alternate melodies, none of which worked –  so I went ahead and recorded the song with the original melody. Her band members did a stellar job of it – with richness and groove and leaving spaces where needed. But when listening back to their rendering my instant reaction, in bold lights was, “Oh no!  “ITS NOT THE RIGHT MELODY!”  I immediately sat down with my guitar and the true melody flowed out, effortlessly.

It was as if Claire could hear the songs from a higher point, and her band helped bridge the gap for me. With all that talent and wisdom coming into songs I’d written – the making of the album was a real uplifting experience – and not surprisingly, was ultimately named Rising Tide. 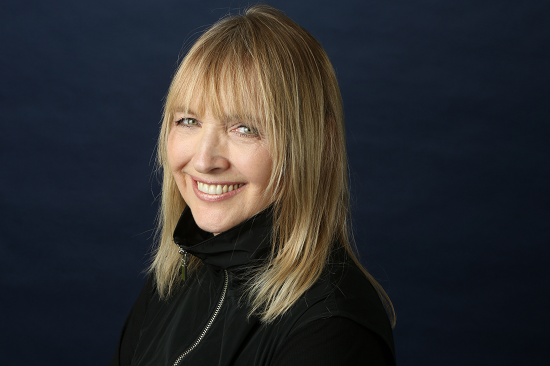 Many musicians talk about their musical influences and guides, but few mention mentorship specifically. How can having a musical mentor (or being a mentor) change a musician’s development, do you think?

Having a good mentor can make all the difference.  Rather than going in circles or getting caught in loops of differing sizes, if you have the fortune of having access to someone who’s gone down the road – or a similar one – and has the interest and ability to see where you are, the guidance and clarity of vision you glean can be priceless.

Before going into record my final vocals on some of the tracks, I asked Claire if she could do some vocal coaching.  By then, she already knew the songs and she chatted to me about her own experiences, suggesting some things she might try in my shoes and giving wizened perspectives about options. It was a whole lot of fun – and incredibly rich.  I still have those bits and pieces of recordings of her reflections and examples. It opened up dimensions in approaching a phrase vocally – but more importantly, I sensed the heart she brought to bear in looking at a song. Well beyond craftwork.

If I’m in new territory, I can easily defer to people with more experience, and in the production of Rising Tide, there was amazing musicianship and recording experience all around me. But if Claire saw me hesitate or pause, she would stop and help me embark on my mystery trail. Rather than allow a flickering wish or possibility to be buried, she reinforced my ability to focus on my own instincts.  An exciting process for me, and this genius on her part, ensured that the true spirit of the songs held strong.

I’ve no doubt that there were occasions where Claire hadn’t a clue about what I was trying to say or where I was trying to go,  but she listened wide and deep and would give me the space to carve it out. Because she did – I began giving myself more space to listen to what I was hearing inside and giving credence to it.  I suspect she does that with her band members and that’s why she’s so consistently surrounded by excellence.

And Claire’s experience in bringing different personalities and talents to bear on a common project – wow! A soft-spoken but powerful force. The power of humility and wisdom, with an internal compass for substance and quality. If this is what a mentor brings, we should all have one, and try to be one, in every sphere of life.

As (to quote one website) a “veteran of the Toronto folk scene,” what has drawn you to bluegrass?

Musical categories can be kind of interesting. I’ve always been drawn by music that calls out my heart. I write songs on acoustic instruments and when I perform solo or as a duo and with an acoustic instrument – it’s usually considered folk.  How often do you hear of a solo bluegrass artist? (though I’m sure that now that I raise the question…)

I suspect if you put three or more folk singers together, with collaborative instrumentation, some precision playing on the faster side of the metronome and singing scary good harmonies – you’d be calling it bluegrass. (Any doubt – add a banjo or mandolin if not already in the mix!)

All of Claire’s band members, while performing together as a bluegrass band, individually span traditions. One afternoon I heard Bryan McDowell quoting some Bach on his mandolin, Matt Wingate and Jarrod Walker could always be counted on to slip in cool rock ’n roll licks, and of course, there’d be Mark Schatz hamboning (or hamming it up!)

But I’d been admiring Claire’s work for years. A previous bandmate had given me a compilation album – O’ Sister! (The Women’s Bluegrass Collection.) and Claire kicks off that recording with a real happy rendition of Gretchen Peters’  ‘If Wishes Were Horses.’ It had me listening on repeat. So when some years later I had the chance to connect with her, I’d asked her about mentoring.  I hadn’t actually thought about her genre as bluegrass – I just knew that she could really convey a song.

A number of the songs on the album are rooted in the idea of place (as an inspiration, as a beacon in life) – when you do find yourself inspired, do songs come easily for you, or does it take some time for them to really blossom into their final shape?

A beautiful question.  A song can emerge when I sense something potent – a seed seeking to come forth. If I water it too much or try pull it out too hard I can drown it or tear it apart.  Or I can worry it to death or let it die of neglect. It’s kind of like a dance. What works is a listening without forcing –  trust, courage and nurturing without interfering. I try to get into a space where I bypass most of my head and write with a bit of faith.  And then leave it to settle for a bit. Later I’ll go back and take a fresh look –  seeing if the spirit of what I’d written has the power to take me some place.

Following on that idea of place, you recorded this album in a lot of different locations – how did that affect the finished album?

So much of  life is about connections and explorations. During the recording process, I was enroute from seeing a close relative in Sweden, and met up with Claire during the German leg of her European tour. We spent a few days in a Frankfurt studio, Klangetage, where she produced the sessions in the old-town district of that city. In that time and space I was very much immersed in the cultures of my parents before they came to North America. I had actually been travelling the roads and by the waterways that harkened to stories I’d heard as a child.

Recording this album in different locales wasn’t a preplanned program. But as the recording project kept developing, it seemed to find its way to so many of the places that had fuelled my songs – the songwriting havens in Guelph Ontario, my hometown Toronto, a touch of East Coast exuberance, the musical intensity and precision of Nashville, and the time in Europe.

I have a friend who’s extremely fond of the phrase about the “rising tide raising all boats.” In our current political and social climate, do you think we’ve lost the tide completely or is there still hope?

When we see a lot of crazy coming to the fore – I think people, to stay sane, on an individual level dig deeper into who they are. Perhaps because we can no longer take certain values for granted and we have to consciously look at what’s truly important for us and what is not. You never lose energy, but it can take a different form.

Ultimately what matters is what each one of us brings forth in our own lives to create value. And not being swept away by some current of crazy – whether that crazy is something within us or something we see trying to tear apart society.  How to be a beacon in our own lives – how to do right for ourselves and others – and it seems like I’m right back to the start here: As along as you have a good mentor, you can be a good mentor to others and the rising tide, though not always visible, can’t be lost.

What plans do you have for performing your new material live?

In the time ahead, I’ll be tracking back to places where Rising Tide was recorded and inspired –including the east coast of Canada, Europe and the States.  But I’ll be started with stages in southern Ontario and, in the first part of 2018, spending a bit of time out on the Pacific coast. The rising tide of the Pacific once captured footwear I’d left on shore – I keep imagining someone in Japan – or maybe Australia – finding a great pair of shoes being brought in on a wave…