February 13th saw the 20th edition of Four Chords and The Truth, the amazingly successful songwriter series held quarterly at The Dakota Tavern in Toronto.  Sponsored by Jack Daniels, this event is held at one of Toronto’s finest venues for live music.

Many songwriter showcases have been established in the past, with Bruce Guthro’s on the east coast being one of the most successful Canadian events to date.  Many have sprung up since this time, which I’m sure have been influenced by the huge success of the Four Chords series.  Curator and host, Andrea England, was influenced by Bruce Guthro’s shows, along with the popular ‘in the round’ sessions as found in Nashville’s Bluebird Café.  Andrea has taken the concept a step further, however, and established a dedicated community of people, audience and artists, who come together four times a year to celebrate top class Canadian songwriting in a diverse range of genres, interwoven and connected through many spheres of music.

A huge part of the evening is centered around the storytelling, which is where the genius of the curator comes in. Andrea knows most of the performers well, and has her finger on the pulse of who is currently releasing music, going on tour, about to launch a debut single or album, and gives time during each introduction for the artist to talk about their individual story and background; not only about the music, but their journey and inspirations too.  What makes this extra special is the participation and enthusiasm of the audience, who give artists the respect of playing their song to a ‘listening room,’ whilst at the same time managing to create an electric atmosphere where each and every line is hung on, savoured, and joyously appreciated when over.

I overheard a comment as I was leaving the event stating that this has to be one of the best evenings in this series to date, and I wholeheartedly agree.  I have been to every one, and while I offer no disrespect to the artists from the previous shows, this particular event had a certain uniqueness about it.  I can’t pin it down to any one particular element; the atmosphere from the start was incredible, the performers outstanding, the collaboration between each artist truly unbelievable, and some very special guests who were surprise additions to the stage.  I must add here that the appeal of Four Chords is that you purchase a ticket in advance with no knowledge of who will actually be performing.  The line up is typically announced shortly before the event, yet everybody has such trust in Andrea to put together a stellar line up, that it doesn’t matter; tickets are long sold out before artist names are given out.

As a top class songwriter in her own right, Andrea England kicked the night off and set the scene for what was to come. With her ability to move between genres comfortably, recording and performing as a solo roots-country artist, during the course of the show she gives up her seat to special guests as the evening progresses.  On this evening, we were treated to some exceptional talent, both established and emerging.  The first guest was the wonderful Dani Strong, a powerful singer-songwriter who calls both ON and BC home.  Releasing her second album later this summer, Dani is about to embark on her second nationwide Songbirds and Heartstrings tour, and her latest “Not Right Now” single was nominated for two awards at the International Independent Music Awards held in New York City last June.  Dani was sublime all evening, having flown in from BC a day early to appear at this show, before heading off to the recording studio for the completion of her album.  We were blessed to have heard her in top form.

Following Dani Strong was James Bryan (McCollum), a JUNO Award and Latin Grammy winning songwriter, guitarist and producer.  A member of 90’s Canadian acts, The Philosopher Kings, and Prozzak, his passion for collaboration grew into a global songwriting career with prominent artists such as Nelly Furtado, Luis Fonsi, Martin Garrix, and Yuna.  At the heart of his success is his ability to connect through powerful melodies and hooks, and a goal to bring out the best in every one he works with.  As was displayed throughout the evening, James is one of Canada’s top guitarists, and shines when collaborating with others; so this evening he brought three guest vocalists to perform with him.  The audience had no idea what to expect, and the venue was buzzing with anticipation.

James introduced Roveena as his first guest, a multi-award winning artist, songwriter, pianist and vocalist based here in Toronto.  Her powerful new album has won two awards and her name has been mentioned alongside the greats in the industry, of which I’m sure, she’ll certainly be joining.  Liz Rodrigues was the second guest, another Toronto-based writer whose songs have been covered by Pitbull, Pink, and Eminem, and who recently found six of her songs placed on the latest Celine Dion album.  Liz performed at the debut Four Chords event five years ago, whom Andrea drew inspiration from for creating this event, and felt Liz should be heard performing live as well as writing successful hits for others.  Rounding out the guests was Divine Brown, a JUNO Award winning R&B singer, soul singer, and theatre performer, with a five octave range that will crush the nerves of any artist having to follow her performances.  One memorable moment came when all the guests decided to step forward during her performance to sing backing vocals; a spontaneous and powerful touch that added to the uniqueness of the evening, and one unlikely to be replicated.

Filling the third spot in the line up was a three-time JUNO Award nominee, CFMA Award winner, and a ten-time winner of the Maple Blues awards, SK native and ON transplant, Suzie Vinnick.  Touring nationally with Downchild, Stuart McLean’s The Vinyl Café, and The John McDermott Band, she has also performed for Canadian Peacekeepers overseas in Bosnia and The Persian Gulf.  As special as it is for me to see Suzie perform live, there were some wonderful moments during this evening when guitar licks were traded with James Bryan, and some of the guitar fills were provided by Nigel Wearne, the final guest who probably travelled the furthest of any guest to appear here.

A native of rural Victoria, Australia, Nigel Wearne is a singer-songwriter, luthier and poet, who has toured all over that great land, along with New Zealand and here in Canada. He’s performed at prestigious music festivals such as the Port Fairy Folk Festival, Cygnet Folk Festival, and Queenscliff Music Festival.  He also participated at FAI in Montreal last year, and is distinguished now as one of only a few non-Canadians to perform at a Four Chords show.  Touching back upon the diverse nature of the Four Chords shows, Nigel brought an element that no one had experienced or expected to the stage. He sang his original folk songs about people and places in Australia which were deep and mesmerizing, all accompanied by his stellar guitar work, and left a lasting impression on the audience.  He has plans to tour across Canada later this year.

Having attended all twenty shows, I have learned to approach each event with an open mind, to listen carefully to the stories being shared, and to appreciate the hard work and dedication that it takes to achieve the level that there performers are at.  The number of hours spent honing their craft is immeasurable; a craft that is deep within their soul which they bare to at such an intimate evening.  I have seen honesty, tears, and lots of laughter from witnessing songs in their raw state; something that is beautifully unique, and always appreciative of.  Whether it’s the finding of a hook, a line that starts a hit song, an ear worm melody; each artist brings a different approach, some using a phone to capture a line while travelling, others having notepads and scrap books of lyrics to hand.  Many will use just a single chord to start a melody, a line from a book or newspaper may be the inspiration; all shared intimately with the audience at these shows.  If there is one commonality that is felt by everybody at one of these events, it is that we all have Four Chords and The Truth in our hearts. 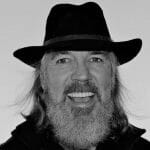