With her new album of self-penned compositions, jazz/soul singer Avery Raquel takes a major step forward in her progression as a musician.  Embracing a soulful sound, she presents a concept album focused on the life cycle of a relationship from its tender beginnings to its unfortunate parting, from the newness of love to the willingness to let it go and see what comes ahead.

Avery is blessed with a voice that’s uniquely suited both for jazz (with which she began her career) and soul (into which she has transitioned) – by turns husky and tender, fiery and delicate.  She has also honed her songwriting skills, placed here on full display with songs such as “I Think I’m Falling,” a great exploration of love’s first blush, and “Beauty in Goodbyes,” traversing the hidden blessings that can come from a relationship’s end – one of the highlights of the album for me.  The album’s closer, “Hold on to Today,” is a powerhouse ballad indeed; as well as Avery sings the more uptempo pieces on the project, she really comes into her own on this tune.

As I mention in my conversation below with Avery, I hear definite hints of the R&B/soul sounds from my own youth in the 1970s, deftly blended with contemporary twists throughout. This is an enjoyable album and heralds, I believe, great things ahead for this young talent.

Thanks to Avery for taking some time to talk to us about the album!

Your press materials are describing this album as “contemporary soul” (which seems apt!) – your musical roots are in jazz… what’s inspired you to shift your sound on this project?

My music still carries very strong jazz undertones. Starting in Jazz allowed me to experiment more musically.  As I started the songwriting process, it was just natural that my past influence would carry through somehow.  Through the process though, we also knew that we wanted music that would cross boundaries from Jazz to more mainstream. I think the closest thing to jazz in modern music is RnB/soul so that was the direction the songs took me, as I was writing them.  We (my producer and I), also wanted to ensure that they had a retro feel, kind of Motown meets Stax, which is why we added a lot of live horns.

As I’m listening to the album, I’m hearing some elements not only of modern R&B but also some really great retro sounds that remind me of some of the music I heard growing up in the 1970s. Are there some artists – either then or now – who’ve especially influenced this new direction for you?

Sometimes I wish I grew up in the 70’s. I wanted to use horns in as many songs as I could. Some of my biggest influences started from the jazz greats like Ella Fitzgerald, Chet Baker and Carmen McRae, then some Motown artists like Stevie Wonder, Marvin Gaye, Diana Ross. But I have a big love for people like Amy Winehouse, Allen Stone, Corinne Bailey Rae, Daniel Caesar, Sam Smith because their vibe is similar to what I want to accomplish. 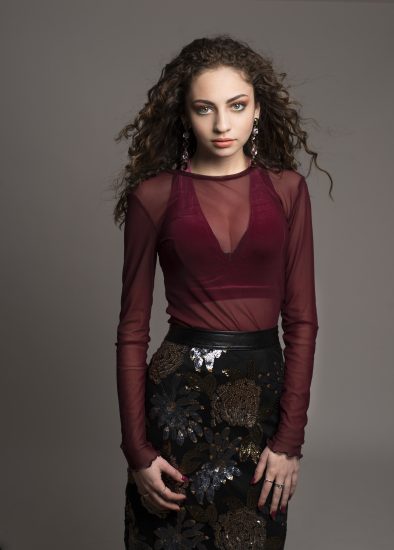 This album, unlike your previous work, is comprised solely of your own compositions… how has that aspect made this project different for you in terms of process and also in terms of your feelings as you’ve released the work out into the world?

The previous album ‘Without A Little Rain’, was my first entry into songwriting. I had 6 songs that were co-written with my producer Greg Kavanagh. That was a little nerve racking because the idea of songwriting is sharing your personal feelings with a bunch of people.

As I got deeper into the process though, I very much enjoyed it, more then I was expecting. It also helps to have an amazing songwriting partner.

‘My Heart Away’ was way easier to write because I only write based off of personal experiences, and a lot happened in the 6 months of my life leading up to this album. When you personalize art, I find it makes it way easier for the listener to connect, because chances are they’ve experienced the same feelings or events.

If I understand correctly, the album chronicles the story of a relationship. “Beauty in Goodbyes” is the song in the cycle with which I think I resonate the most (since one such goodbye opened the door for the relationship I now have) – “Great things can happen in the end / not knowing what you’ll find / sometimes there’s beauty in goodbyes…”  That can be a difficult place to reach, though; has it been so for you?

Everyone has fears, and my biggest fear is losing someone. Coming to terms with the fact that you have done all you can for a person and continue to try, but they don’t care about you anymore, can take a while to recover from. Telling yourself that things will be better is particularly hard when you know they aren’t in that moment, but you have to tell yourself, it’s okay to not be okay. Saying that there’s “beauty in goodbyes” just means that saying goodbye is sometimes what we have to do for the betterment of ourselves and others. In this particular relationship, it just wasn’t healthy, and I needed to stop and consider the amount of respect I have for myself. I just had to close that door in order to open so many more, “The sun sets to rise again.”  I’m in high school, I’m still a kid with my whole life ahead of me. I know that there are great things to happen in the end, as I believe everything happens for a reason.

Now that you’re three albums into what I suspect (and hope!) will be a very promising musical career, what has been the biggest surprise along the way?

When you first begin down this road, you don’t really expect much, other than from friends and family. I’ve tried to look at it more as a learning experience and grow musically. However, as we launched the 2nd album, and the reach went farther than my local town, I was most surprised by the positive response and acceptance. Still rooted in the Jazz community at that time, I was very much brought into their community and was allowed to shine and grow. That acceptance was a great boost for my confidence, and allowed me to write ‘My Heart Away’. Even now, with the third album, the response has been overwhelming and unexpected. People from all around the world have embraced my music, and that’s an amazing feeling. This recent album debuted at #11 on the Canadian Top 200 iTunes RnB/Soul chart. It also charted in Sweden, and has had positive responses in Germany, UK and of course United States. That response surprised me.

Ultimately, it’s what every artist’s hopes for, but it’s still surprising when it happens. You write and perform music because it’s your passion, but when others share that passion, it makes it all worthwhile.

You have several dates lined up this summer, including Burlington’s Sound of Music Festival and the Toronto Jazz Festival… any dates in particular you want to highlight?

I am very excited for all of them. We are however, treating the TO jazz Fest as a CD release concert, as we were unable to make that happen when the new album actually dropped.  It would be great to get as many people out to that as possible on June 25th.

The Burlington Sound of Music is also  new for me, and being scheduled to perform just before the amazing Molly Johnson, is an incredible opportunity.

I am also at the Beaches Jazz Fest on July 7th and Hamilton Waterfront in August. All the dates are on my website, averyraquel.com  We’re adding more dates all the time.