Ever since a chance encounter with Leo Kottke many eons ago at a festival in Alabama, I’ve been a huge fan of fingerstyle guitar players who aren’t afraid to span the musical spectrum with their playing.  So I was immediately entranced when I started playing “Lucky Hand,” the new project from guitarist (and podcaster) Steve Dawson, which will be available beginning tomorrow (15 June).

Over the past two decades, Steve Dawson has become such an indelible fixture on the Canadian musical landscape that it’s tempting to take him for granted. The music that flows out of him is so natural and authentic that it’s possible to forget all of the toil that went into producing it.

Behind the seemingly endless stream of award winning musical output (he has produced and/or played on more than 80 albums since the turn of the millennium, 7 of which have won Juno Awards), is one of the hardest working musicians this country has ever produced. Whether he’s turning heads on the concert circuit with his incendiary playing, or pulling the best possible performances out of the many artists that he works with in the studio, Dawson is always striving to take things to the next level.  A native of Vancouver, Canada, but currently residing in Nashville, where he works as a solo artist, sideman, and record producer, Steve has forged an impressive career full of highlights and awards.

The album opens with “The Circuit Rider of Pigeon Forge,” a haunting pairing of Dawson’s guitar mastery with Jesse Zubot’s string arrangment, the first of several from a partnership that greatly enhances this project. This and several other tracks on the album bring to mind the appellation “chamber folk,” but that certainly isn’t the sole characterization that can be applied to the album.  “Hale Chain Revelation” and “Old Hickory Breakdown” definitely bring to mind some of Leo Kottke’s work, while the title track circles back to the modern classical feel of the project overall.

I’m embarrassed to admit that I wasn’t familiar with Steve Dawson’s work before receiving this album.  (One of the many perils of writing a music blog is that one can never completely master the subject – there are always a dozen artists you should know for the one that you do.)  I can definitively say that I will be rectifying my ignorance of his past discography as quickly as I can; this is a superb, constantly surprising album, and I highly recommend it to you.

We’re so pleased that Steve took some time to talk to us about the album.

You last recorded an instrumental album in 2014 (“Rattlesnake Cage”) – what prompted you to return to that format for this project?

I never really think about it that way – I just write music. Some has words, some doesn’t. I’d written a lot of fingerstyle guitar pieces over the last few years, as I always do, and they seemed to all fit together. I’m not really concerned about the commercial aspects of a release, so while some people may think an instrumental album is a strange idea, I just think it’s all music. This was also the first batch of music I’d written entirely in Tennessee, so all of the titles refer (some direct and some more abstract) to places around Tennessee within a couple hundred miles of where I live now.

You turned to Jesse Zubot to provide string arrangements for several tracks on the album; my first thoughts on hearing “Bone Cave,” for example, were “chamber music” – the intro to that piece (and the strings’ accompaniment once your guitar comes in) put me in mind of 20th century classical music… is that the sound you were going for? What were you hoping to accomplish with the blend of strings with your guitar?

Yes, that’s what we were going for – a blend of roots/Americana through the guitar playing and a more avant-garde based string quartet, meant to play off of each other rather just be in a supporting role. The strings are really as much a part of those pieces as the guitar is. I’d never really heard it done before, so I thought it would be a fun experiment. I just turned Jesse loose and let him go as wild as he wanted. We recorded it using classical microphone techiniques, so that was the inspiration for the sound – classical chamber ensembles. 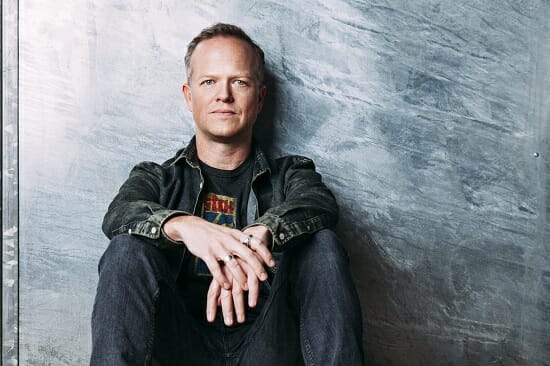 The press materials mentioned that you and Jesse composed separately for this project – how did that change impact the finished compositions?

Yes, I wrote all the pieces and then turned them over to Jesse to write strings for. I had a few suggestions, but basically he had full control over that aspect of it. It’s an interesting process because to me those were complete pieces as solo songs, but with the strings added in, the context changes. It alters the harmony or implies different things in melodies that weren’t there before. Some things are emphasized more by the dynamics of the strings, while other things get buried in the busier spots. It’s all cool to me. It was really fun to record it that way too – it was me facing into the quartet and we recorded it all together. There’s some overdubbed elements, but the core of the recording is just a live performance.

As the descriptions I’ve seen of the album confirm, I do hear echoes of artists like Leo Kottke in the songs. I’m sure you don’t want to give away your trade secrets, but I’m curious whether you use, for example, a number of alternate tunings in your playing, and any other particular techniques that you feel really characterize your style specifically?

Kottke is an influence, for sure, and for this album, John Fahey looms large, as does Ry Cooder – people that were firmly rooted in traditional acoustic style but created their own music out of it. I use alternate tunings a lot of the time, in fact my guitars are rarely in normal guitar tuning, although often it may just be one string that is different. I develop different tunings for different pieces, but none of them are too far-out. They are almost always based around traditional open tunings – open D, open G and open C, with a few variations here and there. It just lends itself well to this kind of music, and also to play slide with. That said, I think there’s 2 songs on this album in standard tuning, which for me is quite a lot!

How many different guitars make an appearance on this album?

It was my usual cast of acoustics with one addition. So my main one for the last 25 years has been a jumbo Larivee. It’s a great slide guitar and has tons of bottom end and power. Then I play a Taylor 12-string that is always tuned down so it’s low-pitched. It’s a cannon of a guitar. Then I play a National Tricone on one that I’ve had for many years, and a Weissenborn lap guitar. I’ve also played that guitar for over 20 years now. The one addition was for the standard-tuned songs, I rented a Martin Jeff Tweedy model acoustic that just happened to be on the wall at Long and McQuade in Vancouver. I loved it as soon as I started playing it, so it’s on a few songs as well.

Although you’re from Vancouver, you now live and work in Nashville. How has living there, in what has long been considered a hotbed for musicians, affected your work and your creativity?

It’s just a total change of scenery – new place, new city, new people, new opportunities. I’m not sure that it’s affected my creativity, but it’s very inspiring to be around so many great musicians, studios, venues, etc. It’s very different from Vancouver in that way, a city that has really pushed its artists into the fringes. Nashville has done the opposite and has embraced music as the lifeblood of the city. It’s much cheaper to live here, and it’s located so close to lots of different cities that it offers new recording and touring possibilities. I still spend a lot of time in Canada – touring and recording, and always will, but I do enjoy living in a music city at this point in my life.

You have a number of tour dates coming up this summer – any particular highlights to which you’re especially looking forward?

There’s lots of stuff on the horizon I’m looking forward to – the Vancouver Jazz Festival at the end of June is the one show where I get to perform with the string quartet, so that’ll be a blast. I always love the Salmon Arm Roots and Blues fest, and I’ll be up there with my band as well. Then I’m touring a lot this summer with an incredible band called Birds of Chicago. Lovely people and great music, so I’m just being a sideguy for a bunch of dates with them, and they have some great shows and festivals coming up in California, Ohio, Tennessee, Ireland and England that I’ll be in on, so it’s a very busy time! I’m also producing an album for a great artist named Matt Andersen this summer, so that should be a great experience as well. (Ed. note: We’re big fans of Matt Andersen here at Team GDW – can’t wait to hear this collaboration!)